How America Was Made

Posted on March 19, 2018 by bartholomewstovall

If you trace history back three hundred and thirty-two years from today, then imagine Bartholomew Stovall, an indentured servant in the early American colony of Virginia.  He had reduced his obligations from four years, to only months, and would soon be set free to make his own way in America.

Bartholomew was ever mindful of the survival odds; Only one in ten indentures would endure freedom.  For the most part, they would take the skills learned on plantations and use that knowledge to grow tobacco, just like their master.  The dream was always real, but the reality for most free servants proved too difficult a task.

The cause for failure was usually of circumstances beyond their control: sickness, lack of help, unfavorable weather.  Some statistics show that, upon completion of indenture, only one in ten received the land they were promised.  There was the dreaded “Summer Sickness” that claimed the lives of near forty percentage of all young immigrants in the mid colonies.

Bartholomew knew that his fortunes had been good, but he never anticipated the difficulty of blending with the populous of America.

During this early colonial period, most of the duties and laws were based on customs of the mother country.  England’s system may well have been an ideal model but implementing it into colonial America required ‘adaptations’.   From necessity came new ideas, and those ideas influenced the identity and character that branded the new world.

But once he was free of indenture, Bartholomew was to merge with shop owners, farmers, tradesman, and men of God.  He was like scores of other immigrants, ready to claim their partial and make a life.  It was young America on the cusp of the eighteenth century. 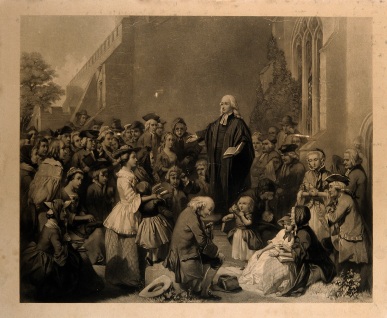 All these free servants understood that the mindset of their young colony was growing but none understood that it was during a rare place in time where The Enlightenment and the religious revival known as The Great Awakening existed simultaneously.   In seventeenth century Colonial America the question arose; Enlightenment or Awakening, reason or faith, science or God?   To everyone’s amazement, the new world of America embraced both lines of thinking.

Indentures from as early as 1620s paved the way for settlers like Stovall.  It was a determined society and the opportunities were endless, if you were willing to work.   Bartholomew’s timing was perfect as the colonies abounded with capitalism.
By the time Bartholomew received his land, the colonies of America became provisional, meaning “This is the way of things and those rules are subject to change at any time.”  It would take Bartholomew but ten years to understand the way in this new America.  In the end, he would settle on a large land plot resting on a navigable waterway.