Whatever Happened to Bartholomew’s Farm?

Posted on September 15, 2013 by bartholomewstovall

So, whatever happened to Bartholomew’s farm?  It’s a question that comes up often from readers of Bartholomew Stovall – The English Immigrant.  It is a fact that he settled on 320 acres (more or less) in what is currently Powhatan County, Virginia at a point where Deep Creek empties into the James River.  He relocated there approximately 1706, raised a family of five sons and one daughter, and then passed away in 1723.

His will specifically states that his sons retained portions of the property, but that his executioner, named Ann Stovall, divide the land as sees fit.  Ironically, Bartholomew had documents drawn up that granted 100 or so acres to Hagar Taber and that the tract remained with her two sons for as long as they live.

When I created this novel, I stated in the epilogue that I would not attempt to provide information on Bartholomew’s lineage for fear that I may give misleading or false information because of the varied results encountered during my research.  As a result, I did not document what happened to the 320 acres during the lifetime of Bartholomew’s children. 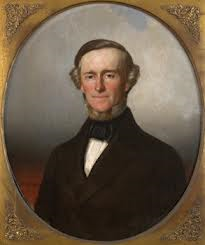 In 1838 approximately 1,200 acres of property then known as Belmead, was purchased by Philip St George Cocke, Bartholomew’s 320 being a part of the closure.  Mr. Cocke was a native Virginian and a West Point graduate with an ego as large as his pocket book.  He used slave labor to construct a grand plantation filled with stately buildings and vast fields of tobacco, corn and wheat.  Some slaves he dispatched to England to learn the art of utilizing the land’s natural resources, eventually producing building materials of timber, stone and clay, further enhancing  the farming operations.   His reputation as a farmer reached its pentacle during the midpoint of the nineteenth century when he became president of the Virginia State Agricultural Society.

But in 1861, during the initial stages of the American Civil War Philip St George Cocke was appointed Brigadier General by Virginia Governor John Letcher and assigned to command all state forces along the Potomac River.   Under the supervision of General Robert E Lee, Cocke performed admirably, but when the Virginia army consolidated with the provisional army of the Confederate States, he was demoted to the rank of Colonel.   It took him eight months to retain the rank of Brigadier General, but the horrors of war and the perceived unfavorable sights from his commander General John Beauregard left him a defeated man. He returned to his mansion at Belmead in December, 1861 and took his own life from a self-inflicted gunshot wound to the head.

Farming operations continued by the sons of General Cocke until 1890 when members of the Drexel family of Philadelphia purchased Belmead.  Katherine Drexel, her sister and her sister’s husband had a vision for the land on the James River at Deep Creek far different from that of slave labor and environmental exploitation.  Katherine’s uncle had founded Drexel University and she was in the process of establishing missions across the United States with the intent to help Native American men and women.

In 1887 she met with Pope Leo XII and asked that missionary priests be sent to help with the cause.  Pope Leo was sympathetic to her plea, but set forth a challenge by suggesting, “Why not, my child, yourself become a missionary?”

Confronted by her religious leader, Katherine Drexel was stunned by his response, but through prayer and a renewed challenge she set about the task by creating a foundation that focused on providing help for underprivileged African American and Native American men and women.

If one were to study the contributions from the Drexel family it would be unfair to summarize in this small post.  It was an affluent family that encouraged that their wealth be shared with the less fortunate.  Through Katherine Drexel’s ministries and the creation of the Sisters of the Blessed Sacrament, tens of thousands of underprivileged young men and women left its boarding homes and military school with a renewed sense of self-worth, encouraged to make the world a better place.

The 2,200 acres on the James River was filled with grand buildings, dormitories, and study halls, all built and maintained to provide a refuge of opportunity for the underprivileged.  Operating under the name of St. Francis de Sales at Mt. Pleasant and St. Emma at Belmead the mission of this Holy place remained intact.  With little outside help the facility was self-sufficient, to the point that it generated its own electrical power.

The Closing of St Francis de Sales and St. Emma

But in the early 1970s a series of events lead to the closing of Belmead.  Public schools across the United States were experiencing forced integration, boarding schools begin to loose their appeal, and financial support declined to the point that buildings had to be demolished because there was not enough revenue to pay the tax assessments.

Forty years after the closure, most of the building have decayed with activities dwindling to a nature preserve, a leisure riding stable, and an occasional planned social event.

Today the property is known as FrancisEmma Inc.  Deep Creek still meanders through the marsh and empties into the James River near the boundary of the 2,200 acre sanctuary.  A lowlands area embraces the James along the entire border, intended to preserve a habitat for species natural to the area.

Only four members of the Sisters of the Blessed Sacrament remain, along with a group of loyal supporters and volunteers.  They are currently devising a massive project to raise $7 Million dollar to reestablish the property as a scenic attraction.  Initially, $2 million is dedicated to replacing the leaky slate roof and make other repairs to the manor house.

They are enacting a plan to reuse both sites in a manner consistent with the values of the Sisters of the Blessed Sacrament. The primary goals are to establish outreach ministries and provide needed services to the surrounding community.  When work is completed on the Manor house, the sisters hope to capitalize on its distinctive beauty by hosting weddings and other events. In addition, the sisters would like to transform the old St. Francis building into a STEM school for disadvantaged youth, focusing on science, technology, engineering and mathematics, as well as possibly the arts. They also want to restore the land itself as a natural preserve, making it a destination for scientists, naturalists and even stargazers; already 1,000 acres have been placed in a conservation easement so it will not be developed.

Touring the land you get a distinctive feeling that all efforts are being made to retain the natural beauty of this historic parcel, but the most vivid feeling comes when you travel by boat down the James River and round the bend that approaches FrancisEmma.  It’s then that you realize the efforts that have been made to ensure that the natural beauty that has existed for centuries is evident as we enter the modern era.  It truly is like taking a step back in time, probably much like when Bartholomew Stovall walked through this virgin forest and gazed at the giant trees and vast fields spotted with low marsh lands.

So, if the question ever arises, “What ever happened to Bartholomew’s farm?”  The answer lies in a direct quote from Sister Maureen Carroll, “We’re planning that this place will certainly outlast us … until the ‘seventh generation,’ ” said Carroll, “which is the Native American way of saying forever.”

Allow me to quote directly from the web site http://www.francisemma.org

Most of the information for this blog post was accumulated from an article written on March 24, 2013 for the Richmond Times Dispatch by Bill Lohmann.  Additional information came directly from   http://www.francisemma.org.

Information on Philip St George Cocke was obtained from The New York Times from an article posted on April 2, 2012 written by  Diane Miller Sommerville.